Holly
May 13 in General
So a year ago I lost my dachshund to a very bad illness and I have recently started my search for a new pup. I was wanting to get another smooth coat dachshund but I have been having a really difficult time finding one in my state. My boyfriend convinced me to go to the animal shelter and see what they have. I got there and went back to the back room with all the dogs but they had all been adopted. On my way out, the lady at the front desk said wait; We just got a surrender that you might like. it ended up being this adorable little boy. The guy that surrendered him had bought him 2 days ago from a breeder and decided that having a pup was causing them to have "horrible panic attacks" and instead of taking him back to the breeder, they took him to the shelter at 10 AM this morning. I got there around 1:30 PM. I spent about an hour with him and I knew he would be the one so I put a Pre-adopt on him. he is 8 weeks old so I won't be able to bring him home for about another 6-ish weeks. he has to be big enough to be fixed.
This is Maverick, he is a Chihuahua Jack Russell mix. 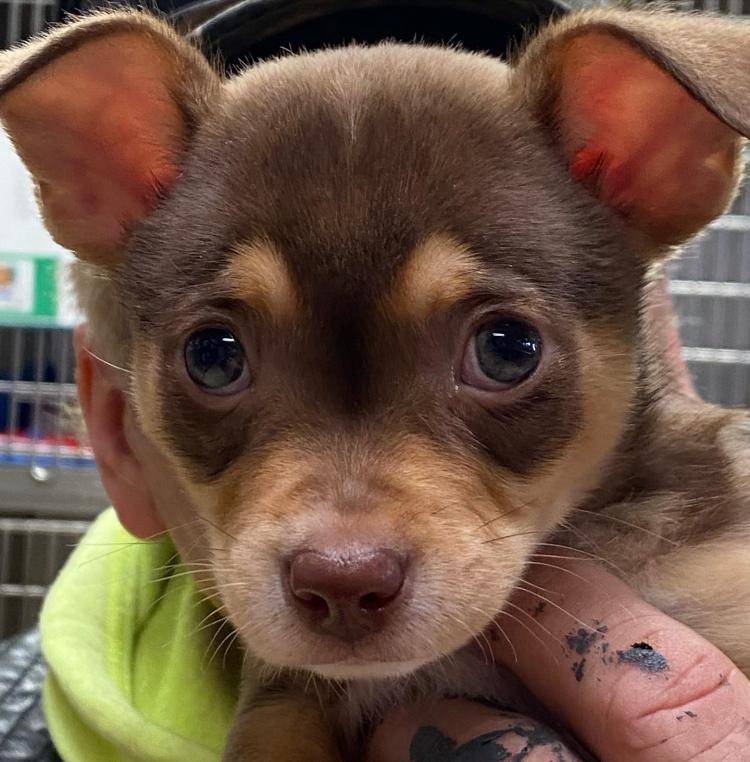 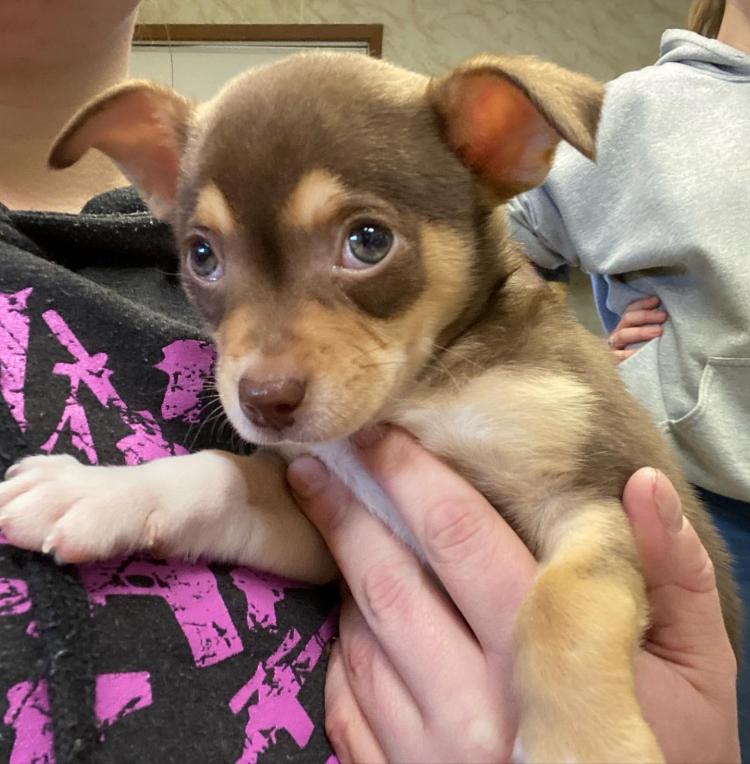 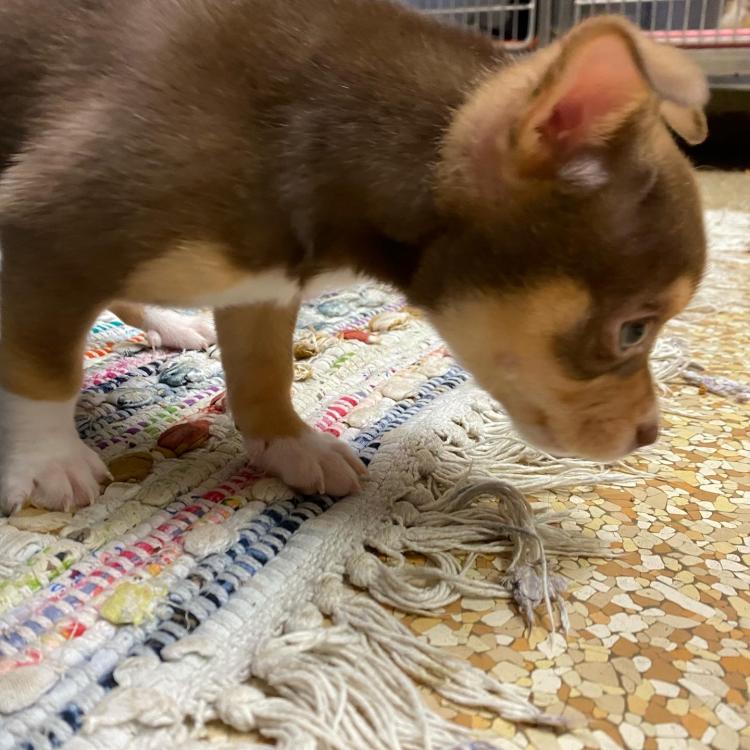 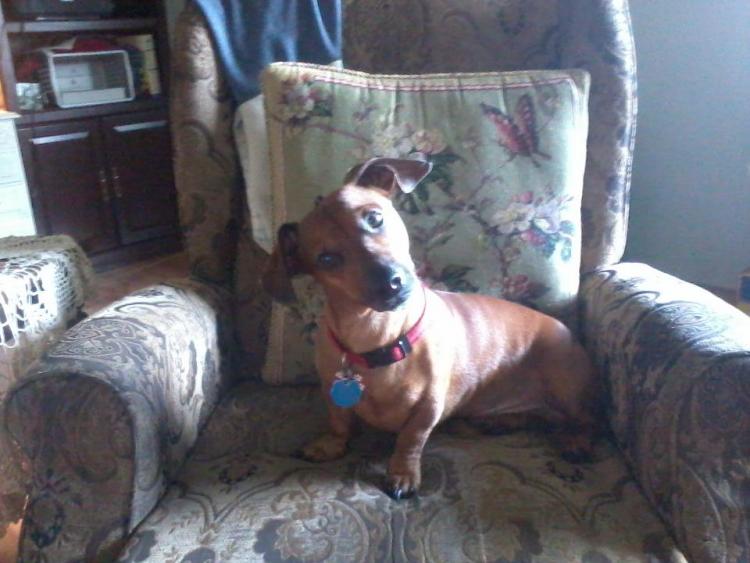