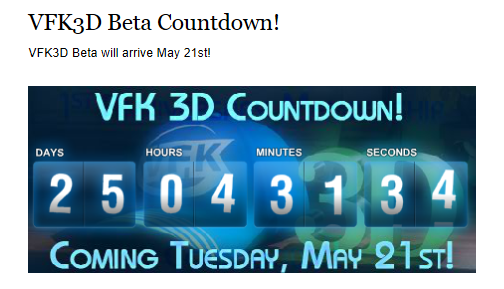 So exciting! What do you think this will be? Do you think VFK will change greatly? What will happen? So many questions running in my mind! :D
Share your thoughts!